Burger Huyser Attorneys are experts in family and matrimonial law. We aim to find the best solutions in order to dispel the disruption caused by separation and divorce in your life. We are committed to reducing the discomfort of such a complex situation to the bare minimum for you and especially for your children. As you would need the best lawyers to cater for your needs in family disputes and divorce mediation, you will be pleased to know that Burger Huyser Attorneys are the best Family Lawyers in Johannesburg to offer this service to you.

As family law is such a diverse and sometimes difficult area with many facets, we have made it our mission to become experts in these different fields.

Listed below are all the different areas in which our family law attorneys can assist you with: 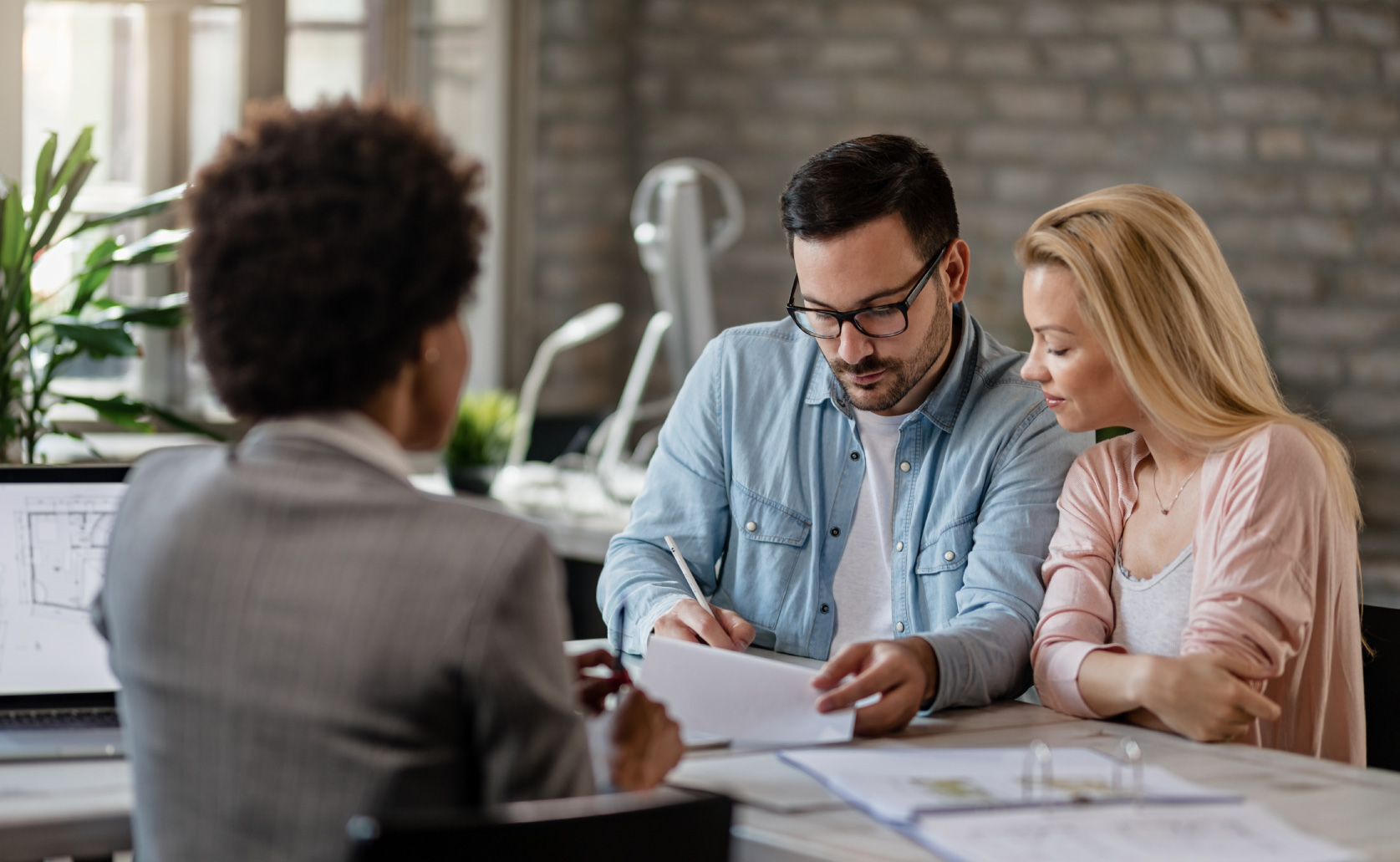 This very traumatic experience can be expertly dealt with by our team of attorneys who will assist you round disastrous pitfalls and wrong decision-making. Paramount will be the best interests of your children.

Divorce or dissolution of marriage is the process of terminating a marriage.  It requires the termination of the legal duties and responsibilities of the marriage. Divorce involves the division of property, child custody and visitation rights, child maintenance, spousal maintenance etc.

Once you have decided that you require a divorce, you will be able to obtain a divorce on the grounds of irretrievable breakdown of the marriage relationship. The court will decide whether the marriage has irretrievably broken down based on the evidence presented during the hearing. You will need an attorney who is experienced in divorce and family law in South Africa. Burger Huyser Attorneys are one of the leading Divorce Lawyers in Johannesburg who will be able to guide you in the unfortunate event of your divorce.

In an uncontested divorce, the parties do not dispute or argue over issues of property division, child custody and support. In other words where both spouses are in agreement about all the aspects affected by the act of divorce and the court is not required to make decisions over disputed or contested issues.

Once you and your spouse have made a decision to divorce in an amicable way by discussing your options and agreeing in principle on all the aspects of your divorce, you could approach an attorney to assist you in drafting a settlement agreement. The settlement agreement needs to be legal and binding and, in the case of minor children, endorsed by the Offices of the Famliy Advocate before a court would grant the divorce order.

By this time you would both have agreed on aspects regarding custody of your children as well as contact/access, maintenance payable in respect of the children and the length thereof, spousal maintenance (if any) and the division of assets.

A contested or opposed divorce means that you and your spouse cannot reach an agreement regarding how to end your marriage or the terms and conditions of your divorce. Contested divorces can drag on for years, causing emotional draining and financial loss to all involved.

A contested divorce can take between two to  five years to finalise, although most divorces get settled long before going to trial.  In South Africa, a marriage can be dissolved even when one of the parties does not wish to get a divorce and this can happen if one party believes that there has been an “irretrievable breakdown of the marriage relationship and that no reasonable prospects exist of restoring the relationship.

For many, adoption is the only viable way for them to expand their families and can make a dream of having a family come true. The process of adoption seeks to legally place a child permanently with a parent or parents who may not be biologically related to the child. In the adoption process, the parental rights of the biological parents will be terminated while handing over the parental rights and responsibilities to the adoptive parents. After the process, the adopted child must be regarded as the child of the adoptive parents.

Child maintenance or child support is a compulsory payment made by a parent for the financial benefit of a minor child/children following the end of a marriage or other relationship. All parents, whether married or not, living together, separated, or divorced and parents of adopted children, are required to support the financial needs of their children. The child maintenance system ensures that the parent who does not have primary care of the minor child honours their duty to to maintain their child.

In certain circumstances, a parent, or a third party acting in the child’s best interest, can approach the court to have a parent or guardian’s parental rights and responsibilities suspended or terminated. In the aforementioned case, the applicant needs to prove that it would be in the minor child’s best interest. Grounds for an application like this will include physical abuse, verbal abuse, sexual abuse, drug abuse etc. The best interests of children are paramount in all child custody cases.

Spousal Maintenance is different from child maintenance in that it is paid by one spouse to the other spouse following a divorce. It is a general principle of law that neither spouse has a right to spousal maintenance upon divorce.  However, section 7(2) of the Divorce Act, 70 of 1979 provides the court with the discretionary power to make an award should it be necessary.

Without a written agreement between the spouses that was agreed upon before the divorce, Section 7(2) of the Divorce Act comes into effect and the court will use its discretion when deciding on whether one spouse should pay maintenance to the other spouse.

Cohabitation refers to a couple, heterosexual or same-sex, living together without being legally married to each other. While many people have believed that cohabitation is common law marriage, it is not recognised as a legal relationship by South African law. There is, therefore, no law that regulates the rights of parties in a cohabitation relationship. Persons living in cohabitation arrangement do not enjoy the same rights as a legally married couple regardless of how long the couple has stayed together, all the while the living arrangement of cohabitation is increasingly becoming the norm in South Africa.

Rule 43 of the Uniform Court Rules as well as Rule 58 of the Magistrate Court Rules provides litigants in divorce proceedings with the opportunity to approach the court for an order granting interim relief pending the finalisation of a divorce. Due to congested court rolls as well as the complexity of divorce matters, contested divorces can take up to years to be finalized, generally leaving one of the parties scrambling to make ends meet.

It is also possible that one of the spouses who is a homemaker, without an alternative income, are left to meet their minor children’s needs without the means to do so. In these instances, the law makes provision to financially assist spouses until the finalisation of the divorce.

In essence, a parenting plan refers to a written agreement between parents, whether biological or adoptive, setting out each party’s parental responsibilities and rights in respect of the minor child/children. This is a detailed document and makes provision for numerous factors relating to the upbringing of the minor child/children, including where the child will primarily reside, and contact between the child and a parent or any other person, the child’s schooling, the child’s religious upbringing as well as his or her financial needs.

An applicant who requests an urgent application essentially requests the court to accept the non-compliance with the rules of the court. The court is required to give preference to prevent harm.  There might be a vast difference to what applicants consider urgent from what a court considers urgent.

The best possible way to deal with a case where you urgently require relief is to contact our experienced family law attorneys who will handle an urgent high court application expertly, efficiently and with the necessary experience to request an application from the High Court.  The onus for the justification of the urgency of an application lies with the applicant and the requirements established in practice directives and the Rules of the Court. It must also be noted that this can become a very costly exercise.

If you get married without an antenuptial contract it automatically means that you are married in community of property. This means that all debts and assets before and during the marriage forms part of one joint estate.

Neither party will own any assets in his/her own name as both parties are now co-owners of one another’s property. This also means that the parties will become liable for one another’s debts and liabilities incurred before or during the marriage, even is he/she was not aware of these debts.

This regime poses a high risk to both parties in that when one party becomes insolvent, both parties will be declared insolvent due to the fact that they share one estate.

Choose Burger Huyser Family Attorneys as we have gained vast experience in dealing with family law matters over the years. We pride ourselves on delivering a discreet and confidential service, whilst gently guiding you through the often challenging waters of family related legal matters.